“The more you sweat in times of peace, the less you bleed in war.” General Chiang Kai Shek of China

China is having a tough time right now. The Shanghai Composite has dropped 35% in less than a month. When 80% of a market’s participants are retail investors speculating with borrowed money, this sort of volatility shouldn't be surprising.

The decline has erased more than 3 trillion dollars of gains. Compared that to the Greeks attempting to renegotiate payments on a paltry 60 billion Euros of debt that mature in the next 5 years. After this decline, the Shanghai market is still up for the year (as the S&P 500 turns negative for the year).

As second quarter earnings season gets underway this week, we learn if US companies took appropriate measures to minimize the effects of these global problems. By comparing the European and Chinese economies to the US, it’s unlikely that they are outside the blast radius of these events.

The time to enact safety measures to protect against this sort of volatility was a last fall when the European Central Bank, concurrent with the end of Quantitative Easing in the US, initiated their own stimulus program. 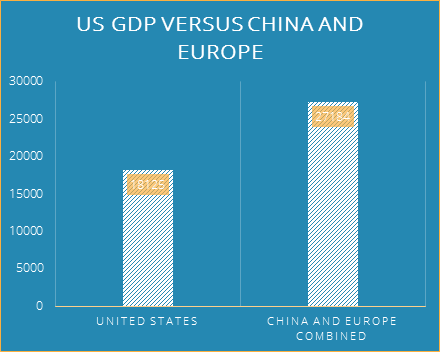 The Peoples Bank of China (PBOC) is sweating out their market decline by announcing several rushed solutions that are destined to exacerbate problems. Short term selling restrictions offer temporary relief but real price discover will occur when (and if) they lift them. Time will tell.

As the Chinese economy shifts from manufacturing to consumer consumption, it is slowing down. China accounts for half of global aluminum output so this slower grow inevitably leads to a glut of materials. Societe Generale SA calculates that global supply outstrips demand by 800,00 tons in 2015 and prices have collapsed.

Alcoa announced the closure of their smelter in Brazil. With a headwind this storng it's not surpirsing tha the stock is down 30%. Their quarterly earnings announcement after the close today will be insightful. 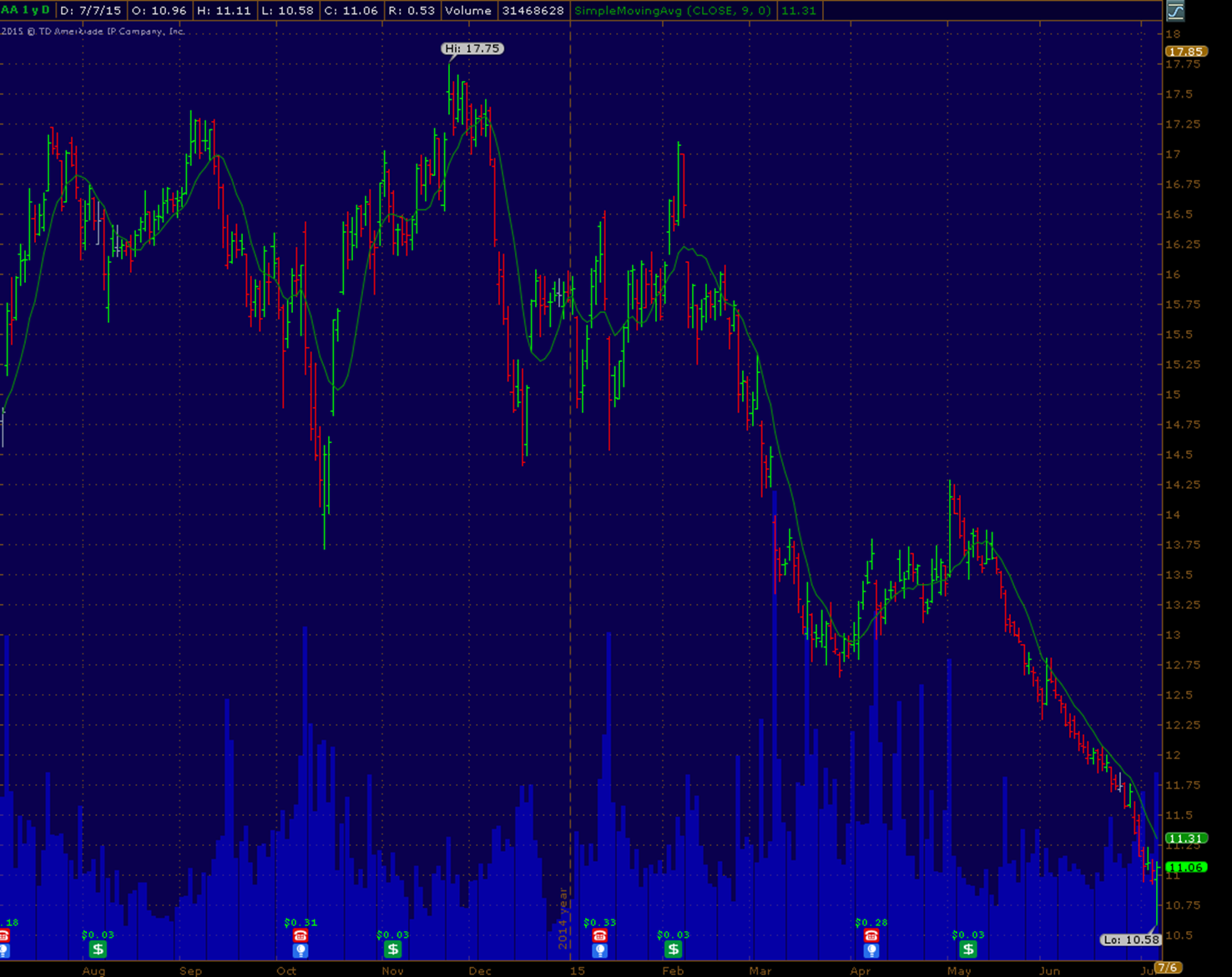