From Bad to Worse…

On further analysis, the June Jobs report is real bad. Unemployment rose to 9.2%. This is a normal occurrence in a recovery as discouraged workers are added back to the payrolls and the economy begins to grow. Unfortunately, in June the Labor Force Participation rate DECLINED to 64.1%. The Employment-Population ratio declined to 58.2% in June.

The bottom line is the recovery has stalled out and this is confirmation of it. Jobs will remain weak until corporations start hiring. Even then it will take massive private sector hiring to compensate for the government job and wage cuts that are building momentum across the country. Add this economic reality to the unknown outcome of the Debt Debate in Washington and Europe and there is more than enough reason to leave risk assets to investors with a high tolerance for volatility. After the debt ceiling debate is concluded we will be able to assess the damage to our long term prospects.

Here is a picture of the worst recover since WWII (courtesy of Calculated Risk): 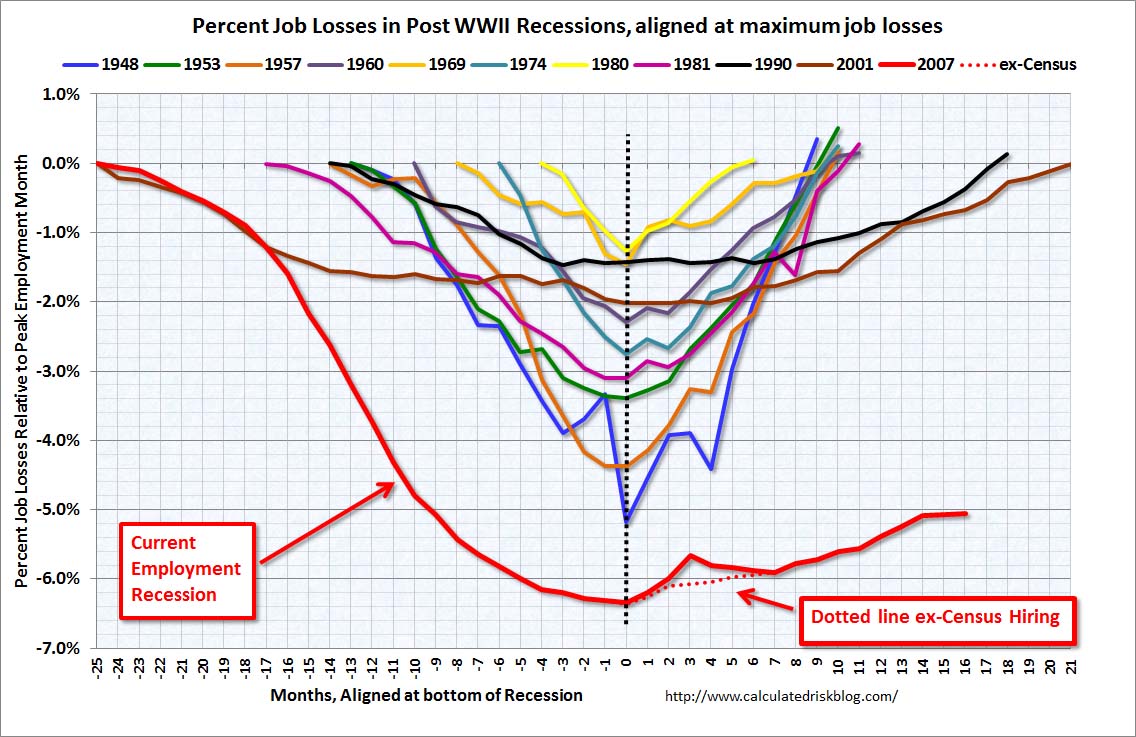 previous
The Boys of Summer
next
June 2011 Market Commentary