As the Federal debt ceiling debate speeds to climax and everyone is chiming in on the topic I feel compelled to simplify the topic and strip away some of the jargon. Not surprisingly, media outlets are fixated on the potential for the US to Default on their obligations and the aftermath of a default.  They need to sell papers and “if it bleeds it leads” which includes red ink in Washington.

Bankers learn three basic principals about lending money on their first day at work. Before you lend money to someone answer these three questions:

1. Have the ability to repay you?
2. Do they have the willingness to pay you?
3. Do you have enough collateral to secure your loan?

Lending money profitably boils down to these three criteria. If you own a government obligation-Savings Bond, Treasury Bills, Notes and Bonds, then you have loaned that money to the US government. If you are a business owner, you hold the other end of a contract with the government to provide goods or services to the government. Retirees receive an obligatory payment from the government each month in the form of social security.

Let’s apply our simplistic lending criteria to our Uncle Sam and see how credit worthy he is. Are our loans to him really at risk of default if the debt ceiling isn’t raised.

Maintaining the current debt ceiling would force Washington to make tough decisions that would benefit our country in the long run. These forced actions would come at a short term cost to our economy. As the government is forced to reduce spending, economic activity would shift away from the government back to consumers and businesses. This will not be a pain free transition but it is unavoidable. Americans have come to realize that most Washington spending is relatively unproductive, because it is rife with corruption, cronyism and fraud. As we redirect these activities back into the private sector, the economy (and eventually our new, smaller government) will benefit.

If Washington begins to act more responsible with the public trust, Businesses and consumers will gain confidence that their hard work will not be rendered meaningless by political folly and our economy will roar back to life.

If you build a mountain of debt there are only two options- pay it back or go bankrupt and leave someone else to pay it back. If the market feared a government default, bond rates would already be skyrocketing. That is what is happening in Italy right now 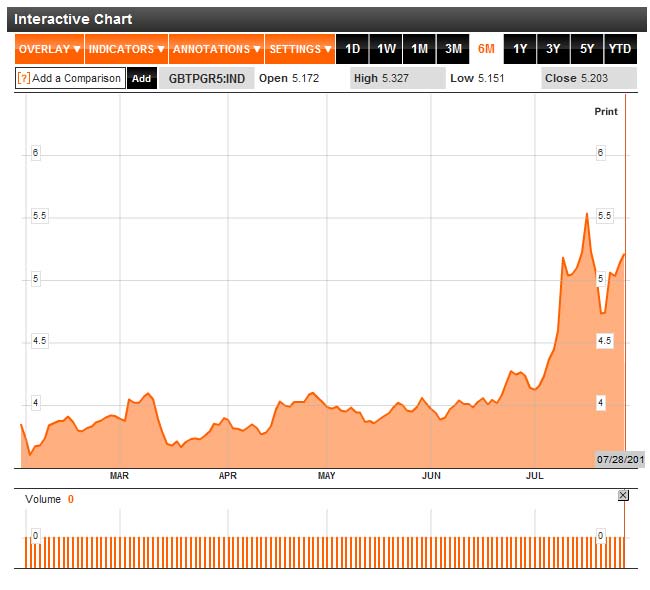 Today the ten year US Treasury yields less than 3%: 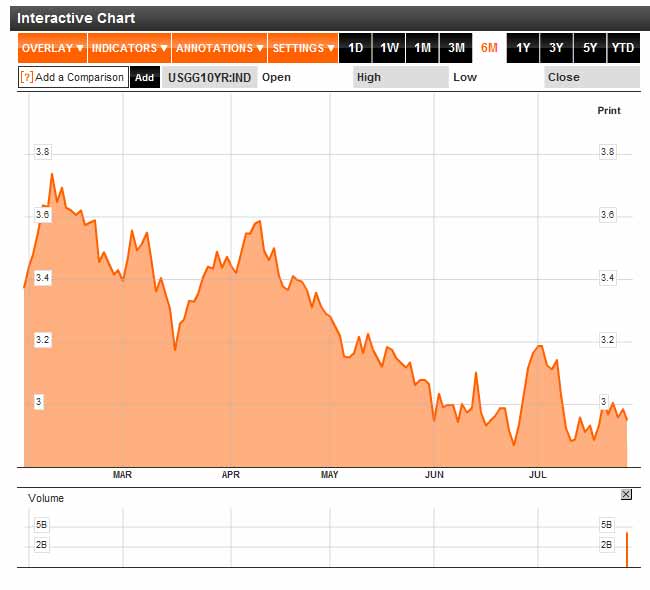 Bond market investors know the answer to the three questions above. Don’t let the headlines scare you into believing default is even a remote option.