It’s official, you are now free to keep what you are earning. That’s because Americans reached Tax Freedom Day on April 17, 2012. Don’t you feel better knowing that it only took you 4 ½ months to pay your tax obligations to Uncle Sam? According the Tax foundation, it took 4 days longer this year to reach Tax Freedom Day than in 2011. As you can see from the chart, Americans now have to work twice as long as they did in the 1930’s to fulfill our obligations to the US Treasury.

Here are a couple of additional tax tidbits from The Tax Foundation: 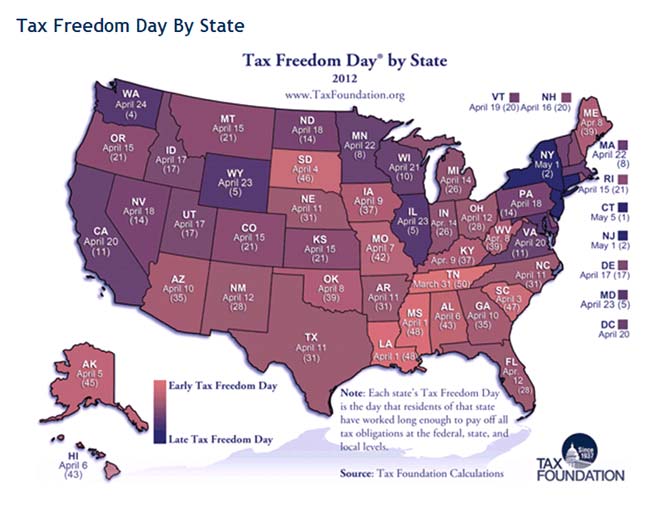