As the Federal Reserve contemplates following through on their year-long promise to raise rates next month, let’s analyze the potential effects on three key segments of the US economy – Consumers, Business and the Government.

Public discourse so far has focused primarily on the effect of higher rates on borrowing activity. A few years ago as rates fell to near zero, we compared this Fed growth technique to a broken transmission. The Fed was revving the economic engine but mortgage foreclosures, higher lending standards and high unemployment kept economic activity for Main Street Americans at a standstill. Corporate America garnered the majority of the benefit from the Fed’s zero interest rate policy (ZIRP). Big companies have been on a borrowing binge to refinance their debt at lower rates (reducing their interest costs) and use additional cheap money to buy back their stock (which increases “per share” earnings and artificially boosts prices).

Most corporate treasurers realized the rare opportunity that ZIRP provided them so they extended both the amount and the average maturity of their debt effectively locking a very low cost of capital for a decade or more. These same corporations won’t necessarily be forced into borrowing more money if rates go higher. They could for example, simply reissue treasury stock and use the proceeds for growth. Higher rates won’t have an immediate impact on their bottom line for a year or more unless they run a consumer driven business.

Consumers that were hindered by the recession from realizing the benefits of ZIRP have recently seen the tide shift. As QE effectively replenished bank reserves, bankers have again relaxed lending standards and ramped up offers of cheap credit to consumers. This is quite apparent in new car sales. More than a quarter of all new car loan maturities are now longer than 6 years! Even 16% of USED CAR loans are longer than six years. The average car payment is now $485 per month and a 5 year obligation. ZIRP has effectively pulled demand from new car buyers for the next several years into the last 18 months.

It shouldn’t be surprising that higher rates would eventually have an impact on automotive sales. Unfortunately this sector is showing signs of fatigue even before the Fed raises rates. With an average selling price of $44,000 Ford’s retooled, aluminum bodied F-150 pick-up was expected to be a big money maker. Ford announced incentives of $10,000 in some regions to keep sales moving. Imagine what happens after the Fed starts raising the interest rates and your new car loan costs more. You will have to either extend the length of the loan for even longer, pay more down or pay a higher monthly payment. With that you will have to drive that car for almost a decade to get out of it at a reasonable cost.

We saved the most interesting and least discussed segment for last. It will cost the United Sates Government the most if the Fed raises rates. Much has been written about our ballooning Federal debt:

We rarely read discussions regarding when this debt will mature and how higher rates might affect the cost when it rolls over. The average maturity of our 18 trillion dollar pile of debt is less than 72 months. Statistically this means that over the next 5 years we will have about 9 trillion dollars worth of debt repriced. 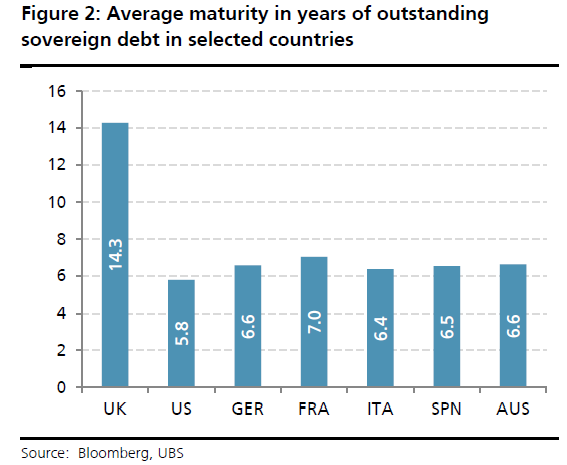 If the Fed raises rates it will force the US Government to pay more as these obligations are refinanced. Last September the Congressional Budget Office published a forecast on debt and interest payments by the Federal Government. They project that higher average interest rates on our debt will more than triple our interest payments from 231 billion last year to 799 billion by 2024. To make matters worse guess who gets the biggest piece of those debt payments? Foreign countries own 47% of our debt so if the CBO is accurate, we will be paying out 375 billion dollars to these foreign debt owners by 2024. You know what we would do if we had to send that many dollars overseas? Devalue it before that day comes.

We would be foolish to ignore two years of warnings about rate increases from the Fed and not expect action. Yellen and company will likely act if just to salvage the Feds credibility (even if it doesn’t make much economic sense). Now that you have a picture of the costs to the economy, you can adjust your portfolio accordingly. Increasing foreign equity and bond exposure sure makes a tremendous amount of sense especially while the dollar is still strong.

Commentary should not be regarded as a complete analysis of the subjects discussed. All expressions of opinion reflect the judgment of the author as of the date of publication and are subject to change. Content is derived from sources deemed to be reliable. Information presented does not involve the rendering of personalized investment advice and should not be construed as an offer to buy or sell, or a solicitation of any offer to buy or sell the securities mentioned herein. Different types of investments involve varying degrees of risk, and there can be no assurance that any specific investment or strategy will be suitable or profitable for a client’s portfolio. Past performance may not be indicative of future results. All investment strategies have the potential for profit or loss. There are no assurances that a client’s portfolio will match or exceed any particular benchmark.

LeConte Wealth Management is registered as an adviser with the SEC and only transacts business in states where it is properly registered, or is excluded or exempted from registration requirements. SEC registration does not constitute an endorsement of the firm by the Commission nor does it indicate that the adviser has attained a particular level of skill or ability.