Republicans and Democrats have both held conventions, presented their candidates and painted their picture of America today. The next 100 days is certain to be a wild and crazy ride. If one candidate builds a polling lead the other side will hit back hard and ugly. Truth is the first casualty of war and it will be so of this election cycle. Facts don’t lie but most politicians do. To remedy this, we have assembled some facts to help you understand where our economy stands. Maybe this will help you choose a candidate that can address these problems. 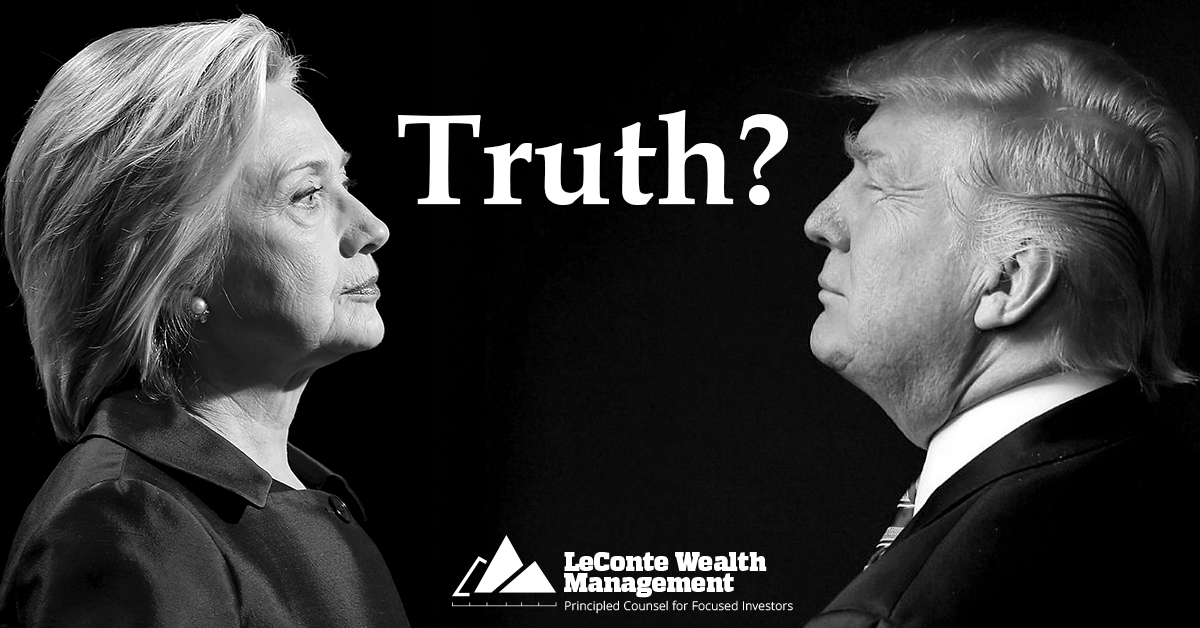 Since George W. Bush’s time in office household income has been stuck in a downward spiral. The financial rewards of Quantitative Easing By he Federal Reserve during Obama’s time in Washington enriched upper class asset holders but never made it down to the middle class:

During Obama’s two terms in office housing costs have skyrocketed, The median home price in America this year is over $300,000:

Not surprisingly, home ownership in America has declined to rates that we haven’t seen since Lyndon Johnson was President (1965):

US economic growth is “Close to Zero” leaving a serious mess for the next President to sort out:

This weakness comes at a time when small businesses borrowing has blown past pre-recession levels to new highs:

It shouldn’t be surprising to see that small business commercial loan delinquencies are now starting to rise:

It’s not all bad news. The US stock market has set new highs this year. If you have skin in the game, you’ve done very well. The path upward for stocks was artificially impacted by Fed stimulus (which has ended). Absent Fed intervention, stock gains will likely require economic strength or consumer optimism to move higher:

Auto sales, benefiting from record low interest rates, have been one of the strongest sectors of the domestic economy. Yesterday, despite spending $3,474 in incentives on every vehicle they built, Ford announced a surprising decline in profits on flat sales in the US. Bob shanks, Ford CFO said the US consumer is reaching a plateau. On top of that, Ford expects to realize annual costs of $400 to $500 million dollar until Britain finalizes their EU exit.

Jim Cramer at CNBC summarized the state of the US consumer succinctly: