1983. Return of the Jedi hit theaters and President Reagan was proposing his own Star Wars Defense System. 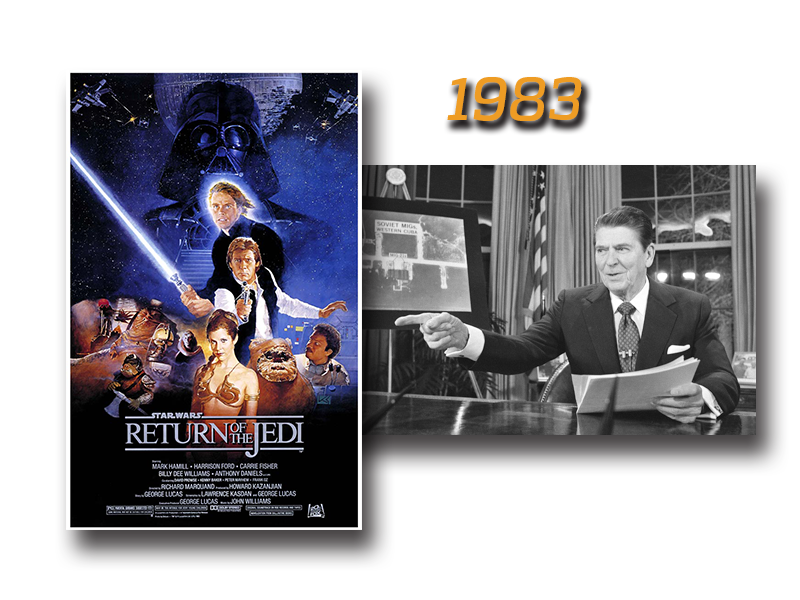 While Trump is forming a new “Rebel Alliance” in Washington (yes, my son and I have tickets to the new Star Wars movie), 2017 is different in many ways to Reagan’s first term in the early 80’s. 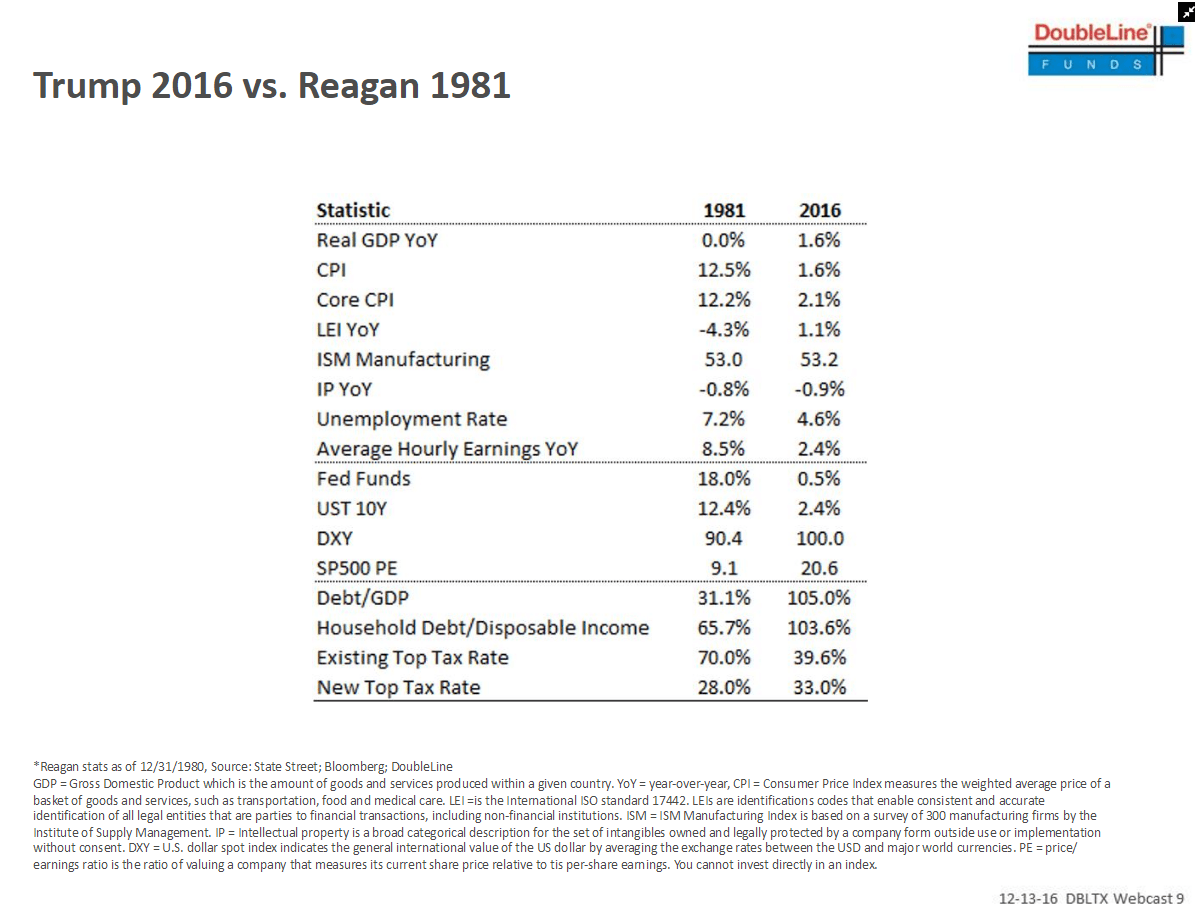 10 year US Treasury rates have seen a sharp increase since the election: 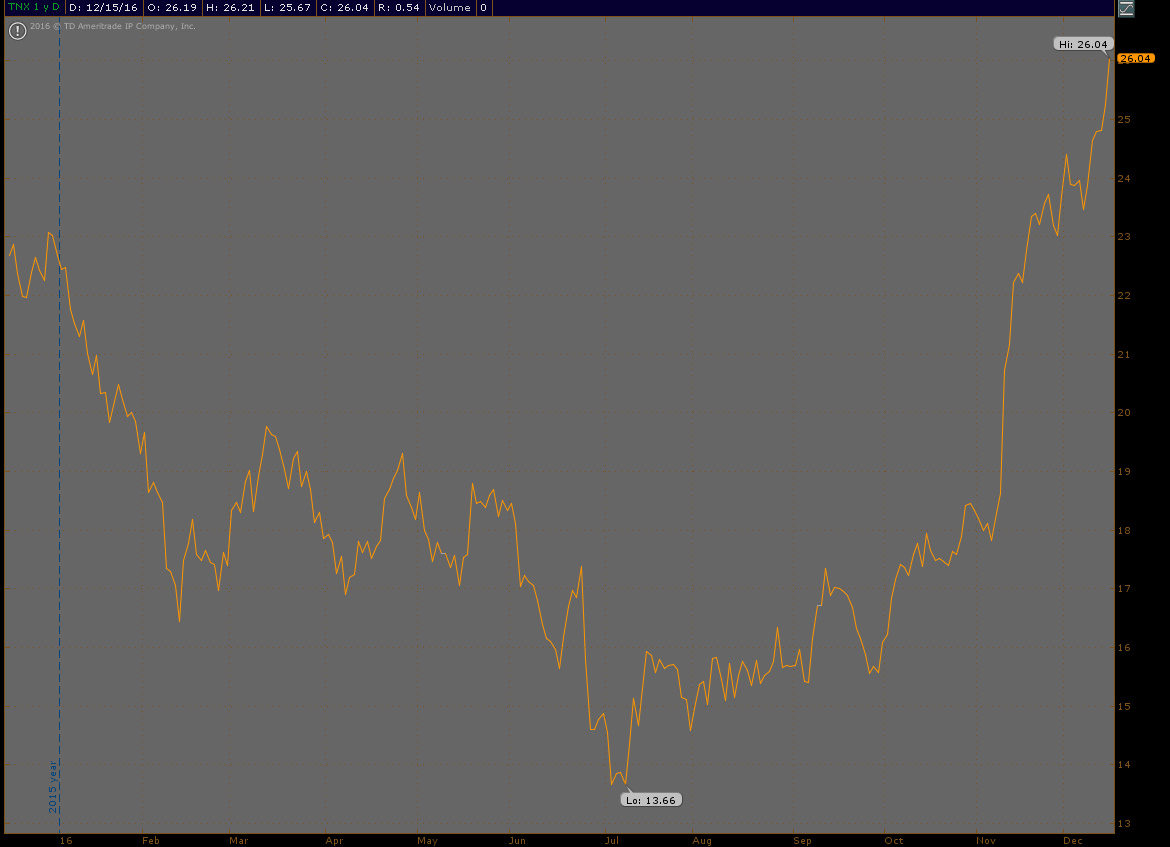 Market based rates jumped more than twice as much as the Fed’s official announcement, so there has to be more driving the bond market than Fed expectations. Normally inflation fears and currency gyrations drive Treasury bond speculation. Credit factors exert additional influence on corporate and municipal bonds which complicates their value analysis.

The dollar joined interest rates in the post-election party: 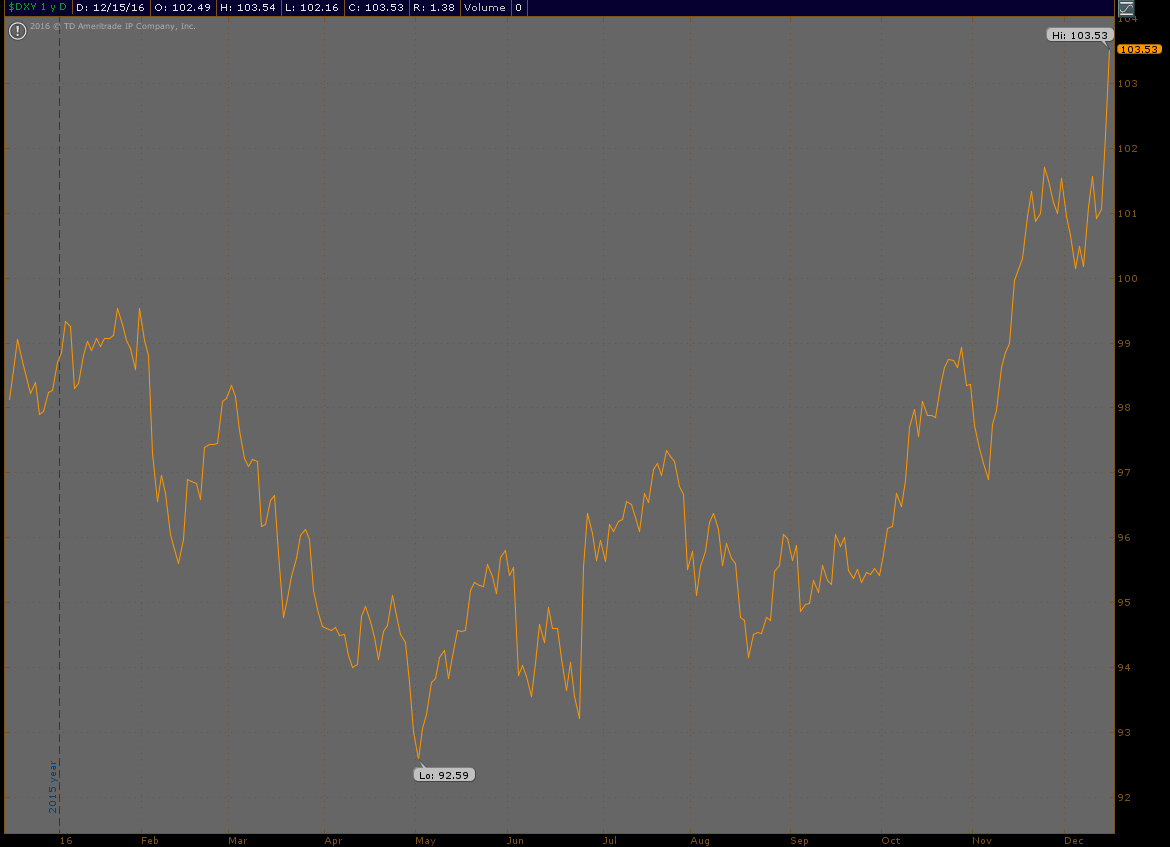 So, what happens next? Have we reached a point where mistakes are creating opportunities? Is the pain felt by bond investors since November going to continue? Are stock investors hitching a ride to Dow 20,000 and beyond?

Let’s ascend above the daily noise and revisit some transcendent economic fundamentals. The primary areas to focus on are higher rates, a stronger dollar and their effect on our economy. Why? That will help us understand the eventual damage from these post-election increases in both. A bigger move in either (or both) will further exacerbate matters. Ultimately these two factors are recurring causes of our economic recessions.

Recessions are primarily caused by a fall in aggregate demand. This demand side shock could be due to several factors, such as financial crisis, rise in interest rates or fall in asset prices (like houses).[/blockquote]

These rate increases so far could be overcome by higher wages but that’s not likely. BLS monthly wage data looks promising on the surface but we’ve deconstructed it in previous posts. We would also point out that much of the aggregate wage growth has accrued to the country’s top wage earners. Since they are taxed more heavily and save more than the average worker, the broader effects of their wage gains are limited. When adjusted for population increases, per capita wage growth is even more anemic.

A decade ago worker compensation used to include valuable healthcare and retirement benefits. Many companies eviscerated these benefits and also reduced the number of hours they allow workers to be paid for. Fed Chair Janet Yellen, in her comments after the Fed raised rates on December 14th, hinted that she thinks the economy is nearing full employment and won’t require legislative stimulus to grow. If she is correct, it is a low gravity (low wage, low benefit) version of “full employment”.

These former wage benefits are now the sole economic responsibility of workers. Buying these benefits on their own reduces the worker’s spendable income. Obamacare rate increases and penalties are sapping buying power from the budgets of young, healthy workers. They would prefer to reallocate these dollars for other spending purposes. Considering this, any measurable wage growth is being engulfed by these circumstances. Here’s a chart the breaks down household income on a state-by-state basis that reflects our analysis. Click through to see your specific state. Tennessee’s median wage finally jumped last year (Thank you, Nashville) but still lags where we were in 2007.

The 2008-2009 recession aka “Housing Crisis” was the result of a nasty credit crunch. In fact most recessions are ultimately the result of some sort of credit squeeze that starts the recessionary dominoes into motion. In November, we wrote that our economy is teetering towards stagflation. If healthcare, rents and oil prices continue to climb, we will be there. Despite the strong dollar, oil spurted higher after the election too. 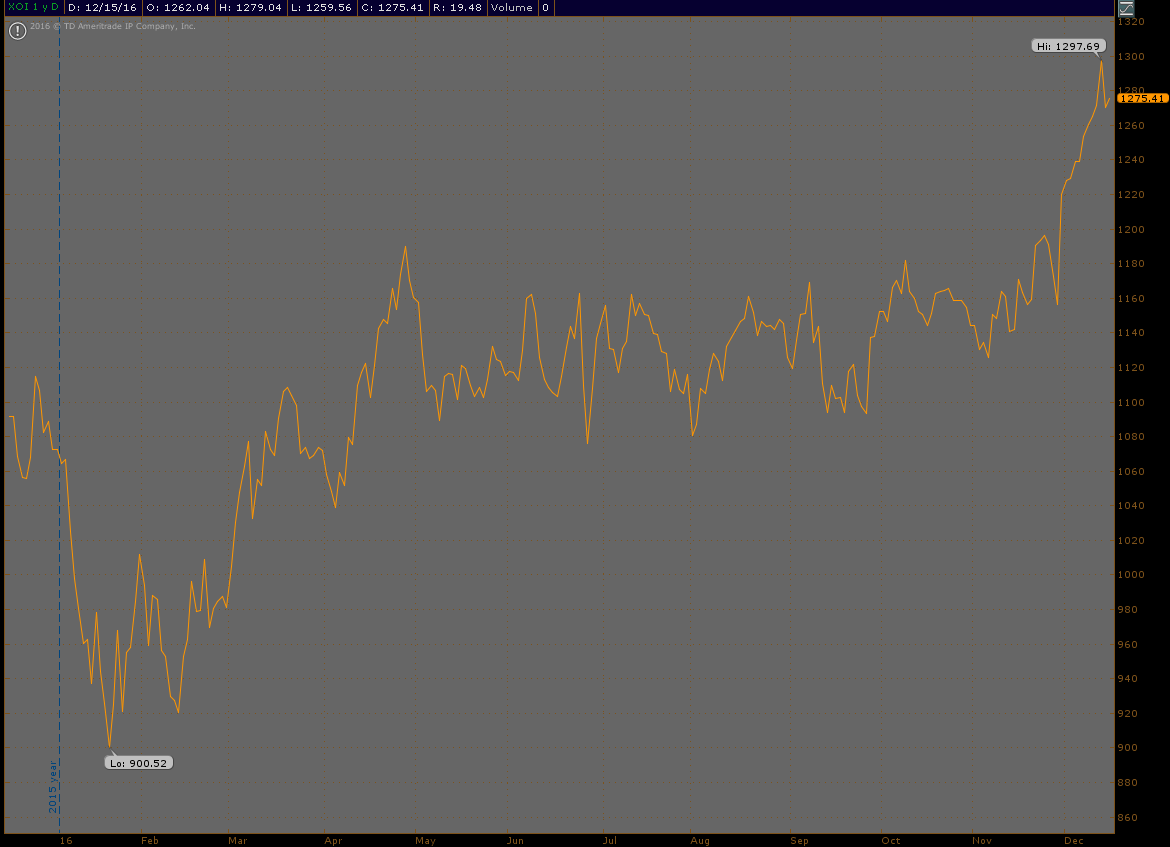 When speculation drives markets, fear takes hold. If a sector gets hot, investors fear they are missing out, ignore valuations and jump in. When a sector sells off, investors fear even greater losses, get scared and run for cover even if the fundamental valuations are good. When these fears build, volatility ramps up. Successful investors learn how to stay disciplined when others around them are not.

Looking deeper into these current events leads us to believe that the inflation fears driving the bond market selloff will create entry points for disciplined investors. Conversely, domestic stock prices are so expensive that everything has to go right in 2017 to justify current multiples. Any hiccup (economic, political, global) will cause a cascade in the opposite direction.

It is a certainty that higher oil prices, the strong dollar and higher interest rates are a strong headwind for demand. The only thing left to debate is whether or not the Trump administration can unshackle Washington from a decade of gridlock in time to justify the euphoria.

The new administration will inherit an economy that is barely limping along and dragging a massive debt anchor. Washington still matters. New policies can help. Unless Trump masters the Jedi Mind Trick, it will be too little, too late.

previous
What keeps you up at night?
next
Trump's Nominees Will Reshape the Fed