The circumstance surrounding a predawn drive into Knoxville on Wednesday morning forced my mind out of neutral. My typical morning commute is short and uneventful. Wednesday was anything but. I was on the road by 6:15 with my wife and 18-year-old daughter in the car with me. We were scheduled to arrive at East Tennessee Children’s Hospital for a medical procedure later that morning. 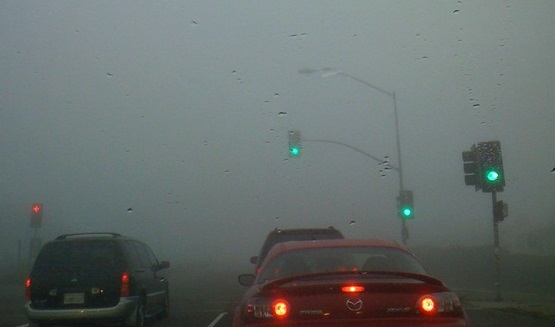 A few days earlier I was shaking my head as I stood in the driveway beside my daughter’s car. She attempted an explanation for the mangled front rim and rubber shrapnel hanging from it but I wasn’t convinced. She assured me that it was just a low-speed brush against a parking lot curb and promised to be more careful.

As I examined the car, I explained to her that my frustration wasn’t over repairing the damage (which was minimal). As fathers are prone to, my perspective went to where she was heading in the next 6 months. After graduating high school this spring she will be trekking 3 hours down the highway to attend Belmont University this fall. In my mind, her inability to navigate safely around stationary curbs in a parking lot could turn into a life or death situation at 70 plus miles per hour during a fast-paced interstate commute. She understood my concerns and attempted to reassure me with a wry smile (that usually works).

I taught her how to drive so I reiterated some bullet points with her. How to be proactive by looking far down the road to see what was coming towards her. By focusing in the distance, she could gain time to react to traffic problems, I explained. I scolded her to stay focused and don’t get distracted.

Navigating the 25 miles from my home town into Knoxville gave my mind time to bounce between the known and unknown that we were heading into. Between my daughter’s medical condition, her own anxiety and the sea of prayers and affirmations that our friends and family passed along to us, I was distracted. Very distracted.

I was forced back into the moment because it was an incredibly foggy morning. The local weather station tweeted out a warning that hit my phone before we left. I didn’t think much of it until I drove into it. In the dark, this blanket of fog nearly blinded commuters. Our headlights provided little defense against it.

The fog eliminated my ability to do the very things that I admonished my daughter about a few days earlier. I couldn’t see two cars ahead let alone far down the road and discern what traffic was doing. 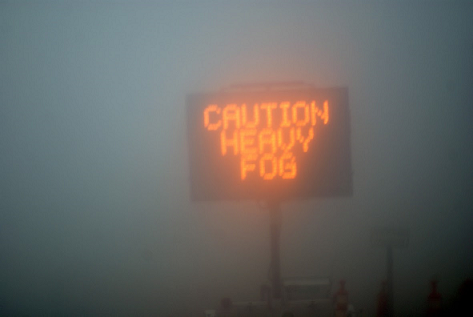 This was a bigger problem because I knew we would hit a couple of construction areas on the highway. The road projects were complex enough to create traffic stoppages on clear days. I was fearful of what was ahead and blinded by the fog to see it coming. Amplified by the crush of morning commuters, this had the potential to become a big problem.

The fog/traffic combo brought my distracted mind back to the moment. I took in a deep breath and assessed the situation. That’s when I realized that the fog (the problem), made the situation easier to deal with. It eliminated potential distractions.
I couldn’t let my mind wander to the surgery later that day or her recovery afterwards. I couldn’t worry about what investment markets would do when they opened later. I couldn’t speed up our commute time. All I could do was focus on the two round taillights on the car in front of me and make sure I kept enough distance to scrub my speed if they got brighter. The task became very simple and if slowed down it became even easier.

I could have raged emotionally at the fog, the construction or the guy in front of me.

But that wouldn’t get me there any sooner. I had to stay focused on the two red dots that I could see until the fog lifted. My task was to pilot the car with my wife and daughter safely to our destination. The only way to do that was to keep an eye on the guy in front of me and follow him safely through the fog and construction. I also found myself praying for that guy’s ability to be focused and alert too. I didn’t have control of the conditions but I had control of the car and myself.

I could have thrown caution to the wind, tried to dart in and around cars and hoped that the construction zones weren’t congested. That would have been stupid. Any rational thinker would recognize the danger and adjust course and that’s what commuters around me chose to do. We throttled it back, poked through the fog and emerged in one piece on the other side.

Health concerns, relationship difficulties, even elections and global events can cloud our vision. The most disciplined among us will face uncertainty without the problem-solving tools that we are most comfortable wielding.

It’s fun to fly down life’s road when all the lights turn green for you and no one else is on the road. You can peer far in the distance and set a confident course. When the fog descends, remember that it’s a problem but also a blessing if you adjust your mindset to the conditions. I learned in my foggy commute to eliminate distractions and narrow my focus on the moment at hand.

This is the first blog post I’ve authored that comes with a homework assignment. Sit down with your spouse/significant other and discuss:

1. Where should our focus in life, right now, be?
2. What is distracting us from focusing on that moment?
3. Who, outside of ourselves, can help us navigate this?
4. If we are sailing along, what would need to change if we hit the fog?

As this pertains to our current investment climate, we are dealing with a significant bank of financial and fiscal fog right now. Stock investors who are enjoying new highs in the market would be wise to understand this.

The (one month old) Trump era in Washington is triggering unpredictable behavior in investors who are flying into the fog at high speed. Trump’s most ardent supporters acknowledge the uncertainty in what he will eventually get through Congress. He faces opposition on so many fronts that to deny it and blindly follow stock speculators into overpriced assets isn’t a sensible strategy.

Better to slow down, narrow your focus to what’s immediate and wait for clarity later in the year. Take advantage of the political and economic uncertainty by reassessing how you are invested and the risk you are exposed to.

My daughter is home resting after the procedure which was as routine as a 4-hour operation can be. We face the uncertainty of a pathology report next week. We could become distracted and anxious by this uncertainty. We have instead, chosen to rely on our faith for assurance. When this fog lifts and we can see the path before us, we will set a course with confidence. God has graciously helped our family navigate through times of uncertainty and blessed us in the process. We have learned to rely on Him to guide us through it when we can’t go around it.