Clear your mind and place yourself in Stuttgart, Germany at the Mercedes-Benz Museum on May 5th, 2022. On this day, you’re not at the museum for a tour, but instead a RM Sotheby’s auction. You find yourself sitting in a room with an “invite only” crowd, which happens to be some of the wealthiest car collectors in the world. You, yourself are one of them.

Only one item is up for auction, a 1955 Mercedes-Benz 300 SLR Uhlenhaut Coupe, which is considered to be “‘the most beautiful car in the world’ by automotive experts and enthusiasts worldwide.” As the auction begins, your heart begins to pound, you ready yourself to make your best and highest offer to take home “one of the great jewels of motoring history.” The bid opens at ~ $50 million and you quickly raise your number. The bid jumps quickly to $55 million, then $60 million. You jump back in and raise your number at $75 million, knowing if bids go any higher, the “jewel” will slip through your fingertips.

The bid continues. As it exceeds $100 million, you find yourself asking, “Who can pay over $100 million for a car?” Twenty minutes later, the auctioneer smashes his gavel against the table and yells, “Sold to you sir!”

The 1955 Mercedes-Benz 300 SLR Uhlenhaut Coupe sold for $143 million to a private owner, making it the most expensive car known to ever have been sold. Although $143 million is a lot of money, especially for a car, how about ~$8 trillion plus? 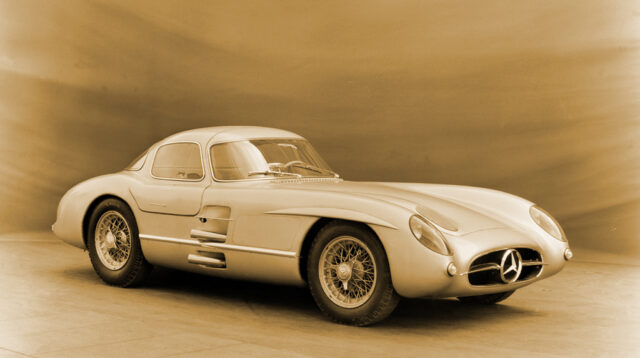 Now, clear your mind and let’s look at a brief snapshot of the past 15 years.

Beginning in November 2008, the Federal Reserve began using a monetary policy tool called Quantitative Easing (QE). QE is when a central bank purchases a predetermined amount of financial assets (different types of bonds, stocks, etc.) to increase the money supply and stimulate economic growth. The Fed bought $600 billion in mortgage-backed securities to boost the US economy out of the recession it was experiencing from the global financial crisis. From 2008-2014, the Fed announced multiple rounds of QE (3 in total) and increased its balance sheet from less than $900 billion to $4.5 trillion.

From 2014 – late 2017, the Fed’s balance sheet remained static, although interest rates did rise.

Beginning in October 2017, the Fed used a monetary policy tool called Quantitative tightening (QT) – this typically follows QE. QT is when a central bank decreases the amount of liquidity or the money supply in the economy by allowing the financial assets it purchased to reach maturity, hence slowing the economy down. The Fed allowed assets to “run off” at a rate of $50 billion per month until July of 2019 when the Fed slammed on the breaks.

Then, March of 2020 happened. In response to COVID, trillions in stimulus were sent out, rates were cut, and the Fed announced another round of QE. The Fed purchased Treasury securities and mortgage-backed securities to the tune of $120 billion a month. These purchases lasted from March 2020 to November 2021. The Fed then began “tapering” their purchases until March 2022.

Now let’s put the above in context.

The financial markets experience an auction daily, as buyers and sellers trade positions. Buyers raise their “number,” the auctioneer slams his gavel and assets trade “hands.” Over the past 15 years, there has been a “private buyer” in the marketplace raising their number. Only it isn’t a wealthy car collector, the private buyer has been the Fed. Their pockets are full of liquidity, which is unrivaled by any individual or entity on the planet. Due to this, the Fed has created a mirage in the marketplace by throwing their weight around and bidding up prices in real time. Unfortunately, this has made it difficult for the everyday investor to gauge the true value of assets in the marketplace.

Fortunately, if you decided to stick to your long-term strategic asset allocation, your patience has been rewarded. The S&P 500 has more than doubled and even quadrupled if any new assets were invested in 2009. But… will this good fortune continue?

This March, the Fed conducted its final purchase, ending their 2-year QE program. Less than two months later, the Fed announced a “phased approach” to the start of the removal of assets from their balance sheet. Simultaneously, interest rate increases are expected to continue.

Below is a visual of the Feds plans to reintroduce quantitative tightening. You’ll see beginning June 1st, they will reduce their balance sheet by $47.5 billion for three months, then increase the reduction to $95 billion. 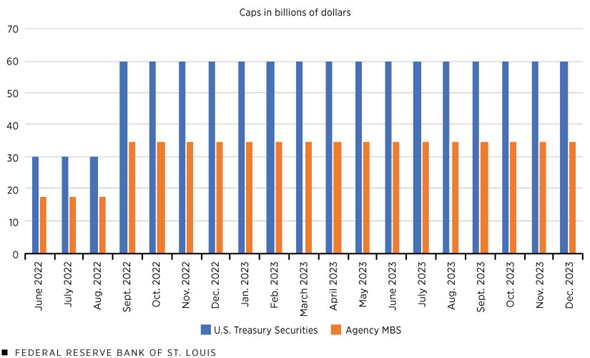 In times like these, we are reminded of the following words from Benjamin Graham,

Regardless of how your portfolio is currently invested, we encourage you to acknowledge the potential risks that your portfolio could be exposed to. LeConte’s Purpose Built Planning anchors asset management decisions to client goals. We look at each client’s unique financial and behavioral characteristics, then tailor a solution to their needs. We use industry leading tools and layer our fiduciary care on top. As markets change, we adapt to capitalize on opportunities.

One final reminder from Dr. Graham, “The market is a pendulum that forever swings between unsustainable optimism (which makes stocks too expensive) and unjustified pessimism (which makes them too cheap). The intelligent investor is a realist who sells to optimists and buys from pessimists.” Which market participant are you?

previous
How to Stay Safe Online
next
Can I still afford a home or even an apartment?