In 1971, a seven-year-old boy was swimming in the pool of the Days Inn Motel in Orlando Florida. As he swam, a police officer walked up to him and asked, “Are you Hoy Parker?” When I responded, the officer asked me to come with him. The short walk to his patrol car seems a faint memory now. At the time it signaled a major change in the direction that my life would take. I learned that the police had just arrested my mother for writing bad checks. I also learned that The State of Florida would soon become my legal guardian.

My mother was convicted and began serving her sentence in a Florida women’s prison. I spent my childhood being raised by people that were not my family. My natural parents divorced while I was very young. And even after my mother’s imprisonment, I was not allowed to live with my natural father. I spent the next 8 years of my childhood in a children’s home and 4 different foster homes. Some of these were good and some were abusive. I attended 6 different elementary schools, three different middle schools and three different high schools.

During my seventh-grade year of school, my mother was granted parole and was released from prison. As we arranged to be reunited, she was arrested again for writing bad checks. After this I made an unusual request to the State. I asked them to remove my mother’s parental rights to me. After a series of IQ and Aptitude tests to determine my ability to make such a decision, the State granted my request.

During the summer following my 10th grade year in school and after 2 1/2 years in the same foster home, I was notified by the State of Florida that they were making some arrangements concerning my future. The State explained their decision. “Since it is nearly unheard-of for 15-year-olds to find adoptive parents, we decided that your best chance for the future was to become self-sufficient as soon as possible”. The State was arranging to enroll me in a special school in Georgia the following summer. There I would finish high school in about 18 months. By the time I turned 18, I would be working and able to support myself.

As you can imagine, that is not the kind of news that 15-year-old boys are accustomed to hearing. What would you have done in this situation? I can remember very clearly that despite the uncertain circumstances that I faced; God gave me peace about my future. He also gave me an overdose of determination.

I became determined to have a say in my own future so after the initial shock wore off, I got involved. I called a lady named Angela Babcock. Angela’s son Wes and I had become close friends during my stay at a previous foster home. And despite my lack of any genuine parenting, and her position as a single parent to her own two children, Angela treated me like a son. She often comforted me during troubled times in my abusive foster home. We stayed in touch even after I left that foster home and moved to a new one. As I spoke to Angela on the phone, I explained my predicament to her. I asked her if she might know someone who would like to adopt an “adorable” 15-year-old son.

She responded almost immediately that she worked with a man named Ed who just might be interested. She told me that he was very involved in Big Brothers and had even been recognized by the Governor as the Big Brother of the Year a few years earlier while he worked in Iowa. I didn’t say it at the time but I remember thinking, “Angela, I don’t really need a brother. What I need is a father.” I met Ed in an Altamonte Springs, Florida pizza shop at the end of my 10th grade year in High school. His last name was Grimm. We became close to each other quickly. He adopted me that summer. Ed became the father that I had longed for since I lost mine to divorce.

It was through these events in my childhood that I learned these important things: 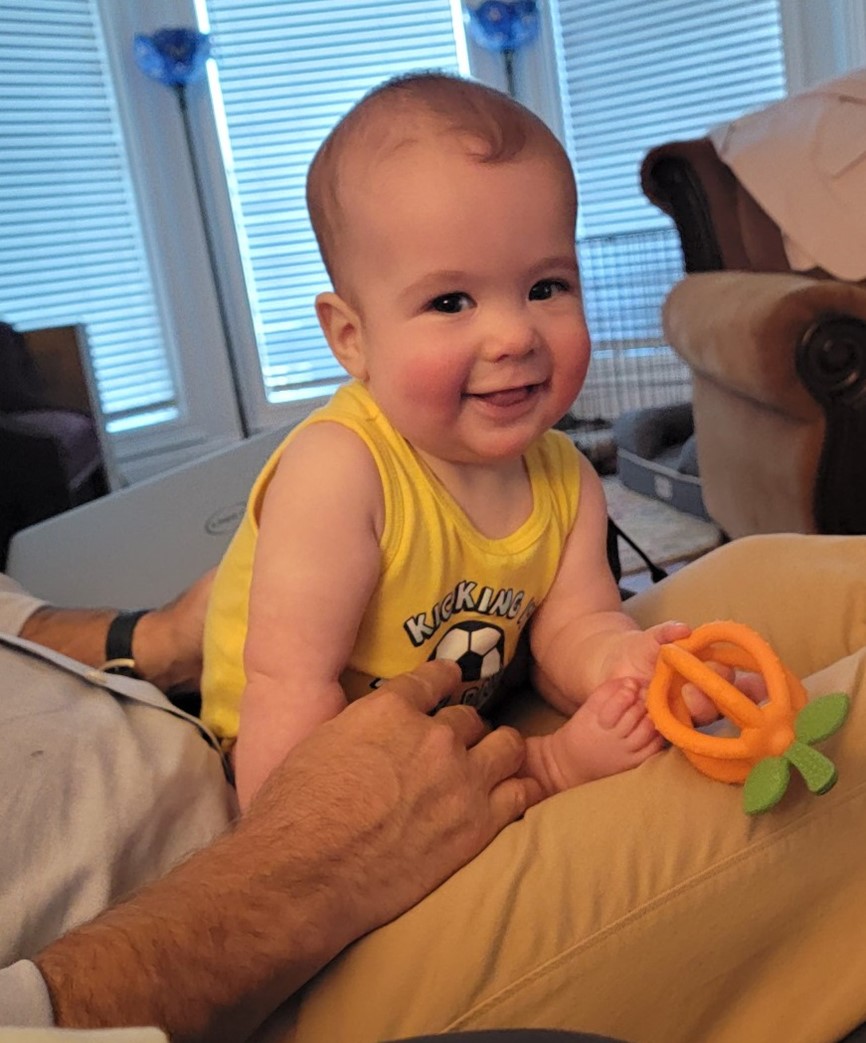 God brought that frightened seven-year-old boy every step of the way from Orlando, Florida to Maryville, Tennessee. He is certainly capable of carrying me the rest of my days.
If Ed were alive today, he would spend his retirement spoiling his new great grandson who was born last December 21st. That day is also the same day that Ed passed away in 1989. When my son and daughter-in-law welcomed their boy into the world they chose my birth surname for him. When he gets older, we will explain to Parker where his name came from and why his birthday is more important than he realizes. In the meantime, I am working hard to spoil him for Ed (and me).

previous
Can I still afford a home or even an apartment?
next
Adjustable-Rate Mortgages: Worth a Closer Look?