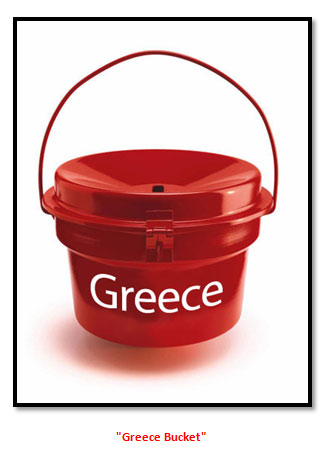 Times are tough. Charities face an uphill battle to meet their budgets. Last Christmas, the Salvation Army equipped 120 cities with card-reading red kettles, so you could donate with your credit card. Everyone is hoping that the economy improves soon.

After the economic wounds from the great depression and the human tragedy of World War II, the world was in desperate need of a brighter future. In 1944 near the end of World War II, delegates from 44 countries gathered at the posh Mount Washington resort in upstate New Hampshire to develop a system of international trade standards. The resulting negotiations became known as the Bretton Woods Agreement after the town where they met. The principal outcome was the promise from each country to establish an exchange rate for their currencies and back them by an equal amount of gold. This resulting gold standard meant that citizens could exchange their paper currency for physical gold.  The gold standard was abandoned in the early 1970s when West Germany grew weary of propping up the US dollar and broke from Bretton Woods. In retaliation, former Pres. Nixon enacted historic price freezes and ended the gold standard in the United States.

Today, in the wake of the war on terror and a devastating global recession, nations are again searching for light at the end of a dark tunnel. Many developed countries have acted by offering government bailouts to private companies in an effort to stave off collapse. Instead of allowing these companies to go bankrupt and thereby extinguishing the debt, governments have assumed them and made them obligations of their citizens. The Obama Administrations bailout of General Motors is an example. U.S. taxpayers deposited $49 billion into GM. After the initial public offering (IPO) of GM stock last week and previous TARP repayments, taxpayers have recovered roughly $23 billion.[i] Taxpayers won’t break even on the deal unless the government can sell the stock for better than 50 dollars a share. While you might not like our prospects for recovering our “investment” in GM, you should consider the plight of our European brethren.

The most serious financial problems occur when a government’s sovereign debt becomes insurmountable and the entire nation faces collapse. That is what is happening in Europe now. Greece’s sovereign debt stands at more than 120 percent of the gross domestic product (GDP). Ireland is at 100 percent and headed in the same direction as Greece. Portugal and Spain aren’t far behind. That leaves us pondering an important question: Where do nations go for bailouts?

In the United States, we are printing money and the Chinese are buying up our bonds in an effort to defend their own currency. In Europe, Ireland and Greece are asking the International Monetary Fund to bail them out, which brings us back to 1944 and that summer in New Hampshire. A lesser known function of the Bretton Woods Agreement was the establishment of the International Monetary Fund (IMF), which was designed to help prevent unstable exchange rates and competitive devaluations of pre-Second World War Western economies. We may have strayed from the gold standard but we still have the IMF to bring Christmas to our brothers in need.

previous
What We Are Thankful For...
next
Planner Andy Oakes on WBIR