Pennsylvania is where the action will be focused on election night and specifically, in the 6 strongest democrat counties. Allegheny, Delaware, Erie, Lakawanna, Montgomery and Philadelphia gave Obama a massive lead in 2012 that Romney failed to overcome in the 50 counties that he won: 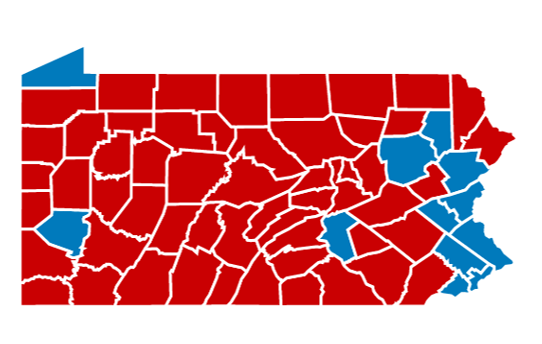 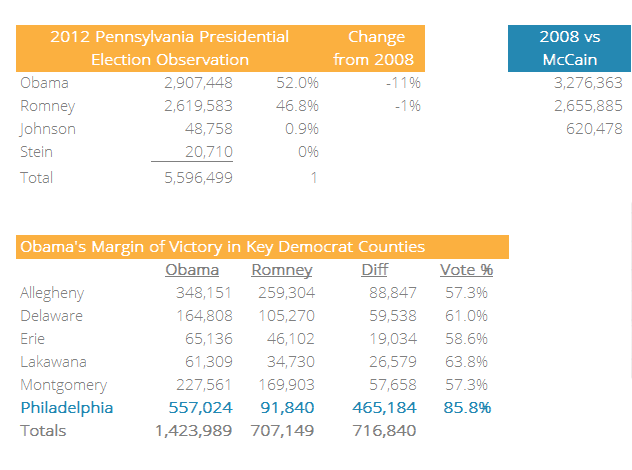 Looking from 2008 towards 2016 reveals Clinton’s biggest fear. The Keystone state has been trending in Republican’s direction. 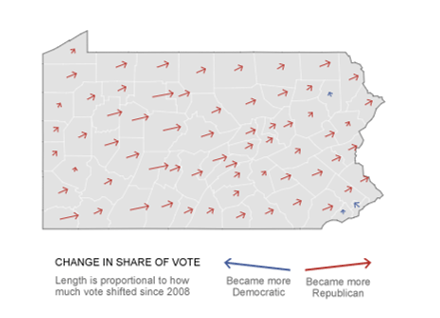 Will Hillary be able to turn out Obama’s voters in these key counties and provide her the margin of victory (and the Presidency) that Obama enjoyed? Will Trump register enough new Republicans to give his a shot at victory? 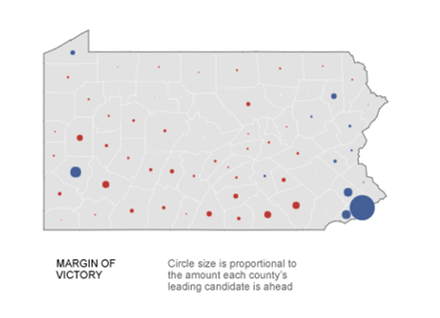 During Obama’s time in Washington registrations in Pennsylvania have trended away from Democrats:

While our conservative political leanings are no secret, we don’t have a prediction on how this will play out. We are skeptical that Republicans can take the state without support from the one million unaffiliated voters that are registered. These voters will be Trumps target in the final month of the campaign and the key demographic that we will be following on November 8th.

previous
How Long Will 80's Excesses Haunt Us?
next
Presidential Taxes and Glass Houses