My morning commute is about to get longer. Schools are cranking up in East Tennessee and I drive through 3 school zones to get to the office. After seeing what COVID lock downs and “virtual” learning did to our kids, I rejoice in waiting my turn to creep through the school zones on my way in. Even after dropping below $5 a gallon, gas prices are still burning through our wallets. Pump prices are double what they were before COVID so getting kids to school is going to cost 30% more than last year. Most municipalities didn’t include this massive fuel price spike into their fiscal plans.

Mortgage interest rates jumped from less than 4% last December to more than 5 ¾% this summer. These budget-busting circumstances are the intended by-product of our government leaders trying to make things better for you. The folks in congress and the bankers appointed to run the Federal Reserve are supposed to be smarter than you and I at all things financial. I think we should send everyone in Washington to a Dave Ramsey Financial Peace course to learn how simple-minded regular folk solve real-world financial problems.

Inflation ticked up to 9.1% in June as higher interest rates and gas prices combined to push stocks to new lows for 2022. The S&P 500 index is off the lows of June but still down 16% this year. Our 401k accounts are putting up losses that we haven’t seen since the COVID lock down catastrophe. Sadly, we’re not done with the pain yet. The Federal Reserve intends to raise rates again this month and they previously announced plans to double their economy-killing program called Quantitative Tightening in 45 days.

Quantitative Tightening is the Federal Reserve’s plan to dump more than 1 trillion dollars of low yielding government bonds that the Fed bought after COVID. Since the housing meltdown in 2008, the Fed accumulated more than 8 trillion dollars of Treasury bonds and mortgages from the marketplace.

You may feel nauseous over your 401k losses but consider the $330 BILLION dollar loss that the Fed has on their bond holdings as of March. Analyst expect the losses to surpass 500 billion this summer as the Fed raises rates even higher. The Federal Reserve Bank holds about 41 billion in capital to support their obligations. In “Who owns the Fed’s massive losses?” Paul Kupiec and Alex Pollock of the American Enterprise Institute explained the corner that the Fed is painted into:

“The Fed’s stated intention is to monetize operating losses and back any newly created currency with an imaginary “deferred asset.” It is impossible to imagine that the authors of the Federal Reserve Act would have approved of allowing the Fed to create an imaginary “deferred asset” as a mechanism to hide the fact that the Fed is depleting its cushion of loss-absorbing assets while paying banks dividends and interest on their reserve balances, when the act itself makes member banks as stockholders liable for Federal Reserve district bank operating losses.”

So, the only thing keeping this scheme afloat is creative “accounting” and their ability to print money.

The United States population stands at around 330 million citizens. This means that the brilliant leaders of the Federal Reserve amassed a loss of $1,500 for every man, woman and child in America. Do you find it interesting that their losses are close to the COVID stimmy payments that Congress sent out to many citizens. #ZeroSumGame

The old financial mantra of investing success says, “Buy low, sell high.” By dumping their bonds after they hiked rates, the Fed is doing the opposite. Brilliant move by the smartest guys in the room. 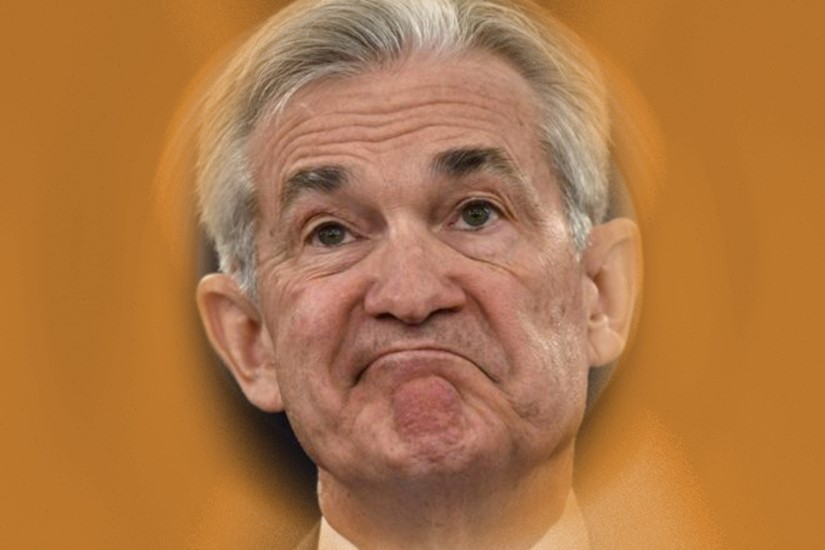 My cynical tone is insight into a growing level of anger at how this is playing out. American taxpayers are being shackled to a disgusting level of financial and economic losses that will be hard to overcome. If you trust these folks with your financial well being, you will be disappointed.

The cure is a heavy dose of contrarian thinking that will give you a chance to benefit from the Fed’s frequently miscalculated actions. When they said inflation was transitory last year, it was a good time to bet against them with commodity investments. The 9.1% inflation report last month will likely spook the Fed into another 3/4% rate increase this month. Inflation reports are lagging, rear-view-mirror stats, that aren’t predictive of future circumstances. Looking forward, I’m growing comfortable in declaring June the inflation peak for this cycle. The real-time economy is already in the ditch. A contrarian would position for the economic slowdown that is coming, not the inflation that is likely ebbing. If the Fed is selling bonds at a loss, buy some. History is on your side.

previous
Now Hiring...or maybe not
next
A Neat Way to Save Some Extra Cash