I’m sure you’ve had a conversation on the Biden administration’s recent plan to forgive a portion of student loan debt. You have people who are convinced it’s the right thing to do, people upset that they paid their debt back with no assistance, and people convinced it will be the downfall of our nation. Regardless of your opinion, we know there is a great divide on the topic, even when there is still a lot of uncertainty as to how it will actually work and impact our country.

Of course, there is also a distinct difference in how Republicans and Democrats responded to the survey. For example, Democrats overwhelmingly supported loan forgiveness (88%), while Republicans (37%) and Independents (58%) were much lower.

Regardless of how you feel about the plan, we know there will be a lot of people impacted, and you need to know how to handle the forgiveness if it applies to you. The White House released an analysis of the number of people benefitting per state, and Tennessee is estimated to have over 795,000 people eligible. 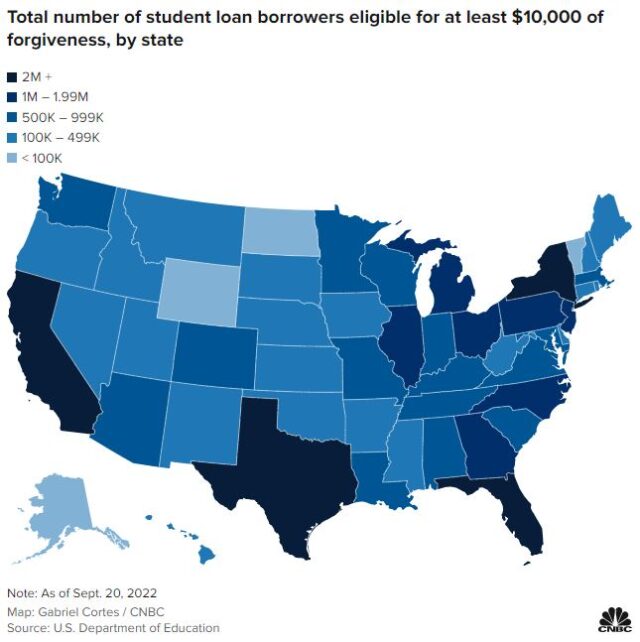 While it is still early, and steps in a major plan like this often change, the administration has released some major points to assist in our planning:

As the final details come out on the forgiveness process, it will be important to have an advisor that can walk you through the steps. We would appreciate the opportunity to be that advisor.

previous
Marriage and Finances: A One Year Reflection
next
A Hurricane Season Survival Guide